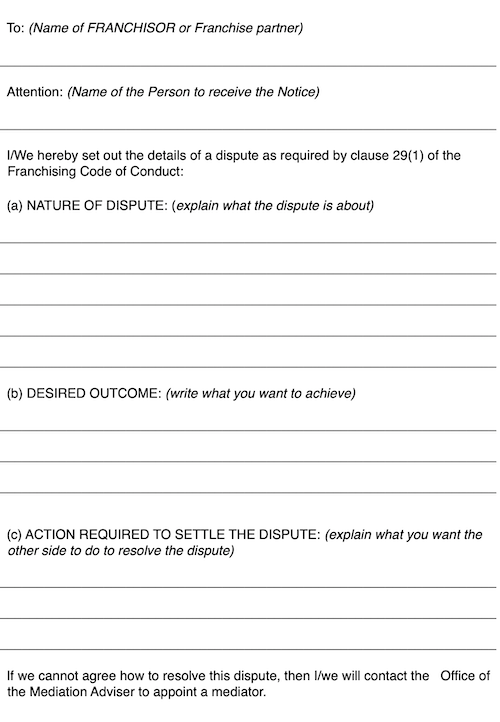 While no one enters into a business anticipating problems the very nature of people working together means that disputes will arise.

To minimize the impact of disputes and to encourage a culture of openness, harmony at Music Lessons Academy we have developed a dispute resolution process.

The process is based on the following principles.

At Music Lessons Academy the process is as follows:

If the above procedure fails to reach a resolution, then the parties are to follow the dispute resolution process described under the Franchise Code of Conduct and complete a “notice of dispute” form.